A few months ago I had a text from a good friend of mine suggesting we sign up for a 20 mile walk. Love to, replies I, with months stretching ahead in front of us and visions of lots of lovely training walks through the countryside with a nice glass of wine at the end.

So it came as quite a shock to realise the number of weeks until the walk was only 1 and the number of training sessions undertaken was 0. It’s only 20 miles we thought, how hard can that be we thought – bloody hard is the answer!

I wouldn’t say that I was unprepared for the walk, however the night before I looked at the list of items that we needed: sun tan lotion, check; walking boots, check; waterproof jacket, check; whistle, sorry?; map, what?, survival kit; seriously?? It’s a charity walk not a Bear Grylls expedition.  To be fair even if I had a map I wouldn’t know what to do with it, although at the 13 mile point I would cheerfully have taken a map and beaten the person who suggested the walk round the head with it! 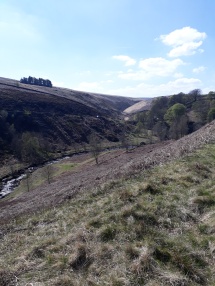 Whoever said 20 miles wasn’t far has clearly never done it round Haworth in the blazing hot sunshine.  I know the Pennines are meant to be hilly, but these were ridiculous. I am from the fens and I live in York, my legs are not built for hills. The first few miles were not too bad. There was one pretty grim long hill that knocked out a few of our fellow walkers straight away. Once at the top those who had done it before were keen to tell us that we were passed the worst. Well one of the many things I learnt during the day (the main one being never to agree to walk 20 miles in the Pennines) was that people lie. This wasn’t the worst over and done with, this was just a taster of what was to come.

For 9 hours we walked through bogs, up hills, down rocky paths, climbed over styles and squeezed through tiny gaps in walls. We got sunburnt despite the factor 50 cream, we ate melted peanut butter balls and drank litres and litres of water (yet only went for a wee once, how does that work?) Eventually getting up to Top Withens, which was apparently the inspiration for Wuthering Heights. Well I’m afraid by this 17 mile point the views might have been absolutely stunning but frankly I was sick and tired of seeing amazing views, and if I never saw another stone wall in my life it would be too soon. 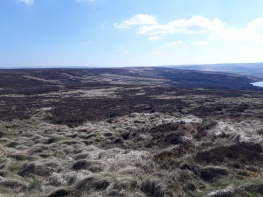 Those last three miles were the longest three miles I have ever known (At this point I also found out that the walk was actually 20.9 miles – that 0.9 extra would have sent me screaming for the hills if I hadn’t already seen more than my fair share of hills that day) Every signpost we passed said 1 ½ miles to Haworth and I’m sure there was someone just moving the signs to wind us up. Y 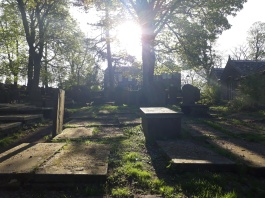 et we made it back to base eventually. Barely able to move and with no energy to even talk anymore, but we did it. 20 miles over the Pennines done!

I wonder if Mrs G fancies 26 miles next time…

Why did we do it?

We were raising money for St Leonard’s Hospice in York and sponsorship is still open if you would like to:https://www.justgiving.com/fundraising/candi-colbourn6